Pub team among hundreds who take part in charity event

THE third Wokingham Walk was blessed with sunshine – and hundreds of entrants, all raising money for their favourite charities.

The now annual event took place from Howard Palmer Gardens this year, as Elms Field is currently being regenerated.

Families could take part in five, 10, 15 and 20 mile routes in and around Wokingham, and get sponsorship for their favourite charities.

This year, the main charity supported by the walk was the Ollie Young Foundation, while The Link Visiting Scheme, which is celebrating its 20th anniversary this year, organised the 20-mile route and had 40 people take part.

A pub team from The Rifle Volunteer also took part, not just on the day, but raising an additional £300 for Ollie Young Foundation by having a collection bucket in the Reading Road pub.

Stan Hetherington, who organises the walk, said: “Lots of charities did what was always envisaged would happen and motivated their supporters to do the walk and raise sponsorship money.

“Special mention should go to Ade Walter from The Rifle Volunteer and his fellow patrons. They not only turned out a large group of walkers on the day, but raised money from the collection in the pub. At the time of counting, they had raised at least £500.

“Next year, it would be great to have an inter-pub competition to see who can get the greatest number of walkers.”

Mr Hetherington expected this year’s Wokingham Walk to have raised the most amount of money since it has started.

“It was our busiest walk ever with lots of entrants,” he said.

“Huge thanks go to our chosen charity of the year, the Ollie Young Foundation, as they really did get behind the event.

“I should also mention Me2 who also had many of their supporters do the walk and they looked very fine in their Me2 T- shirts.”

“The Link Visiting Scheme asked if we could run for them a 20 mile route to celebrate their 20th Anniversary. This we were happy to do and they had nearly 40 walkers. I understand that the day was a huge success for them.” 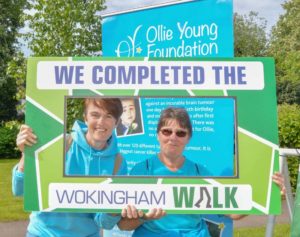 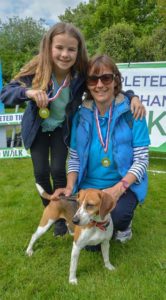 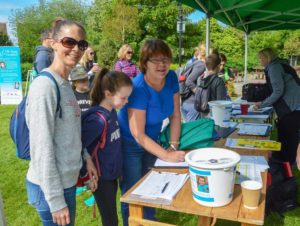 The “Wokingham Walk” took place on Sunday.
Signing in,