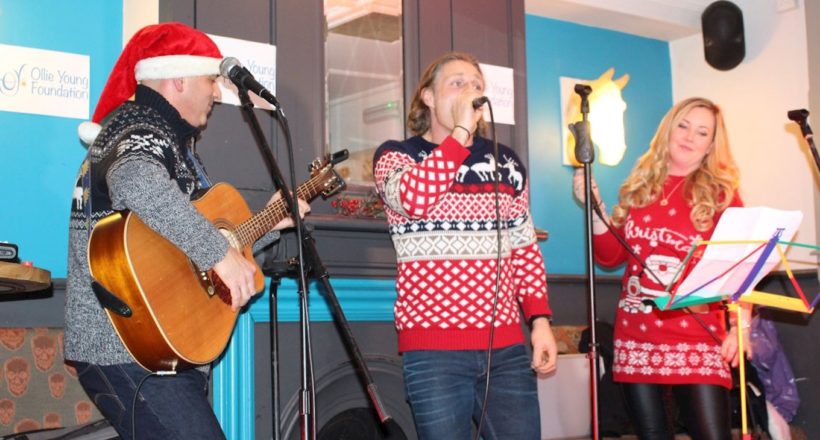 Wycombe Wanderers manager Gareth Ainsworth is firmly in the festive spirit as he performs a number of Christmas classics in support of the Ollie Young Foundation.

Wycombe Wanderers are flying high in League Two and to celebrate boss Gareth Ainsworth has been getting into the festive spirit with his own Christmas performance.

Former band frontman Ainsworth has been treating fans to a special Christmas sing-a-long in support of the Ollie Young Foundation.

Wycombe sit fourth in the League Two table this season and are just two points outside of the automatic promotion places.

Ainsworth is hoping his side can kick on and cement their spot in a bid to return to the third tier of English football, and is hoping his festive renditions will strike them some Christmas luck.

The Wycombe boss was performing at a pub in Wokingham to raise funds for the Ollie Young Foundation, which targets paediatric brain tumour research and support.

Young was a team-mate of Gareth’s son Kane at Finchampstead FC before his life was cut tragically short by a brain tumour before his sixth birthday.