Meridian’s regional fundraisers of the year have joined celebrity guests, actors and sport stars at this year’s Pride of Britain Awards.

Sarah Simpson from Wokingham in Berkshire and Ben West from Frittenden in Kent met other regional winners and enjoyed a star studded evening, hosted by Carol Vorderman. 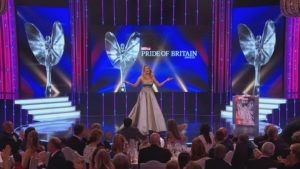 West Regional Fundraiser of the Year Sarah won for her work with the Ollie Young Foundation, set up in memory of her son, that has raised half a million pounds. 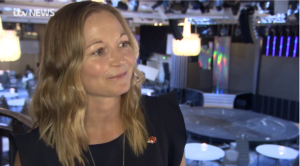 It’s been amazing actually, really surreal. It’s put your faith back in humanity with all the stories you’ve heard. There’s so much I can take away from it as well and learn from them or put it into my charity. I think we’re all quite selfless and doing it for other people but there’s always that one person who’ll take a step further. It’s just amazing.”
– SARAH SIMPSON, MERIDIAN WEST REGIONAL FUNDRAISER OF THE YEAR