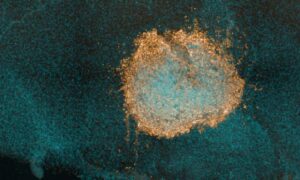 Diffuse intrinsic pontine glioma (DIPG), a rare and fast-growing type of brain tumour in children, can mutate and evolve to resist treatment with a single drug. There is currently no cure and many children found to have the disease die within months.

Now a team of scientists and doctors at the Institute of Cancer Research (ICR), London, have found that using a skin cancer drug and a blood cancer drug together could be effective in combating DIPG. The breakthrough, described as “promising” by cancer experts, was revealed in the journal Cancer Discovery.

Prof Chris Jones, a professor of paediatric brain tumour biology at the ICR, said: “We now have a much better understanding of the ways that DIPG brain tumours can mutate, and how they can evolve resistance to treatment with a single drug. It has allowed us to identify what we hope could become a successful new combination treatment for this terrible disease.” 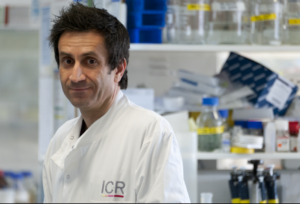 Prof Chris Jones: ‘We hope it won’t be too long before the new treatment enters clinical trials’. Photograph: ICR London

In the new research, lab tests found the combination of two existing cancer drugs – dasatinib for leukaemia and trametinib for melanoma – slowed the growth of DIPG tumours. The treatments are known as MEK inhibitors.

These targeted drugs have been found to often work well on their own initially, only for cancers to evolve resistance to treatment. Until now, they had not previously been explored for children with DIPG – most of whom currently die within a year of diagnosis.

Researchers evaluated trametinib in mice, and found that on its own it had little effect. They then then tried using dasatinib alongside trametinib to treat DIPG cells in the lab. They found that the combination of these two drugs, each with a different mechanism of action, “slowed down tumour growth”, the ICR said.

The combination “had a much greater effect than would have been expected by adding the effects of the two drugs together,” it added. The combination managed to cut growth in DIPG cancer cells grown on mouse brain tissue by over 60%.

“Our findings will need to be validated further in the lab, but because we are using existing approved drugs that we know are safe, we hope it won’t be too long before the new treatment enters clinical trials,” said Jones.

“These promising results have emboldened us to keep analysing patient samples and modelling their treatment response, because it shows how specific some of the treatments are that we’re needing to develop.”

Prof Kristian Helin, the chief executive of the ICR, said: “Cancer’s ability to evolve to become resistant to treatment is one of the biggest challenges we face in creating effective targeted cancer therapies.

“It’s vital that we can continue to identify ways to overcome cancer’s ability to adapt and evolve in children’s cancers such as DIPG – so we can bring forward new treatments for young cancer patients who so desperately need them.”

The research was funded by a range of cancer charities, including Christopher’s Smile, Abbie’s Army, Islastones Foundation, the CRIS Cancer Foundation, Cancer Research UK, Children with Cancer UK, and the Ollie Young Foundation.