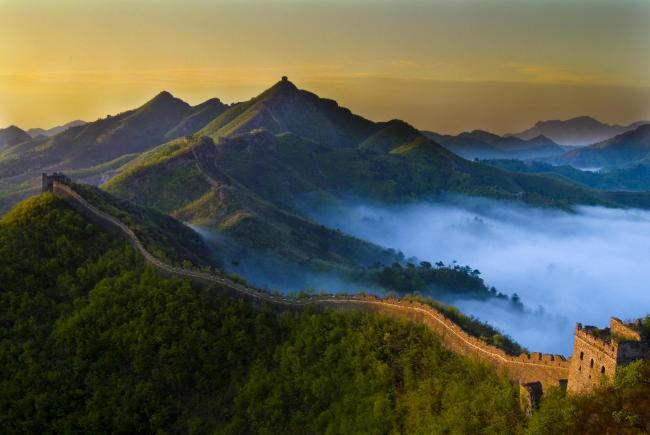 A WOMAN is trekking the entire Great Wall of China for charity after inspiration struck on the food shop.

Heather McLeish, from Wokingham, will be taking on the enormous hike with the hope of raising more than £2000 for the Ollie Young Foundation- a brain tumour charity.

Ollie Young was a brave little boy who lost his battle to a brain tumour one day before his sixth birthday, having only displayed symptoms of the brain tumour twelve weeks prior to this.

And when Mrs McLeish struck up conversation with Sarah Simpson, Ollie’s mother, in the Sainbury’s supermarket, she realised that she had to find a way to help the charity one way or another.

She said: “My personal challenge of 2018 is to do a nine day trek along The Great Wall of China to raise £2000 for the Ollie Young Foundation.

“Each days’ trekking is between eight and 10 hours a day, the terrain is very hilly although I have been told beautiful.

“Ollie Bear and I will be tracking our training and amazing trek while we aim to smash the £2000 target.

“I had planned to attempt the walk this year but when I met Sarah and heard her story, I decided that I would raise money for the foundation while I walk.

“When I met Sarah, Ollie’s mum, it broke my heart hearing about what he had to go through but her strength and determination to help others from their tragedy has inspired me to do all I can to support this charity.

Mrs McLeish will embark on the hike on the May 12 and will aim to finish on May 20.

Speaking of Mrs McLeish’s adventure, Miss Simpson, said: “We feel very honoured that Heather has chosen the OYF to fundraise for whilst challenging herself to an amazing and exciting goal of trekking the Great Wall of China.

“Heather has great determination and is committed to raising as much money as she can to help the OYF towards their goal of funding research into a cure for brain tumours in children.

“We’re all really proud of you Heather and thank you so much for supporting the OYF. It truly means the world.”